Experience a three card absentee psychic reading using the unique and powerful vibrations of the Animal Magic deck. Your reading will be recorded and emailed to you to listen to and will last approximately 20-30 minutes or longer, depending on what the spirit world want me to say to you ! The reading will cover what is going on for you currently and can bring through past-life and future life aspects of self. It is a divinely orchestrated process.

An Animal Magic Psychic Divination Card Reading attunes you to the profound energetic qualities and wisdom of animals from different cultures around the world to bring through different shamanic experiences and belief systems. It also includes elemental and mythical beings, which bring through different energies from the Earth and Cosmic Realms. 3 will be divined for your reading. A reading including all of these dimensions will allow you to energetically experience a greater transference impact and shift in the body and consciousness and a more universal connection and belief system. You are effectively tapping into their energy and consciousness. As I tune into these realms during your reading you might feel different sensations in your physical body or emotional or mental planes the experience, enjoy the magic occurring in the moment – you are being held in a sacred and magical space. You may find as you listen to your reading that you feel a real connection to the 3 amazing beings that have come through to support you, you might choose to light a candle or burn incense as a cleansing ceremony during the reading. 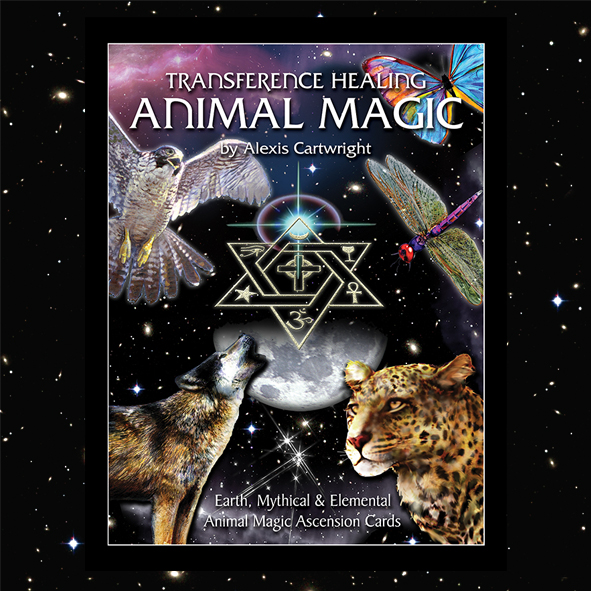 “Animals, elemental and mythical beings and their energetic qualities provide a powerful transference effect or impact in your body, consciousness and reality. Each reading will therefore gently enhance your personal growth as well as empower a shift of circumstances to allow change and transformation in your daily life. It is important to remember you are entering alternate realities by attuning to these animals and beings and embarking on a spiritual journey of self-discovery and healing”.

You may like to give a little thanks to the universe following your reading as a way of honouring the energies that came through for you. Transference Healing® Animal Magic by Alexis Cartwright

Please note, for your reading we will need your date of birth. 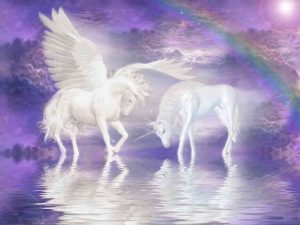 Parallel Realities of the Mythical and Elemental Planes
“Just as humanity exists with the Animal Kingdoms on Earth, other kingdoms also coexist within other worlds and realities. These are parallel, physical worlds coexisting with us and our planet, but sustained within different frequency levels within the Earth and cosmos.”

The parallel worlds and their corresponding Mythical and Elemental Kingdoms sustain the four elements, Earth, Air, Fire and Water as planet Earth does, but they are different because they sustain more ether.

The Transference Healing® Animal Magic Cards give a personal, channelled perspective on the energetic nature and spiritual qualities of Earths Animal Kingdom, as well as the Elemental and Mythical Kingdoms existing within parallel dimensions connected to Earth.

Elemental Beings
Elemental beings or nature spirits live within the different elements that alchemically support the physical formation of planet Earth. They also live within and support the creation process of the elements themselves, which also form the physical foundations of other parallel realms or realities, in which the mythical beings live. For this reason they are created from the five elements having incorporated the elusive element – ether. The elemental beings therefore coexist and help support the creation of the elements, not only of Earth, but also the elements of the parallel realities and worlds eg: Crystal Fairy (crystal), Undine (water), Dryad (tree spirit) etc

Mythical Beings
Mythical beings live within the cosmic dimensions that connect to and support the Earth and its Animal Kingdoms. Like the elementals, the mythical beings express certain aspects and attributes of one of the five elements because they are also created from ether. The difference between the Elemental and Mythical Kingdoms is that the elementals coexist with the elements themselves and are more connected to the Physical Realms, whereas the mythical beings coexist more within the parallel dimensions of the cosmos or Cosmic Realms and are more ethereal and almost galactic in nature eg: Unicorn, Griffin, Gargoyle, Dragon etc” Transference Healing® Animal Magic, Alexis Cartwright

Alexis Cartwright is the channel and founder of Transference Healing®